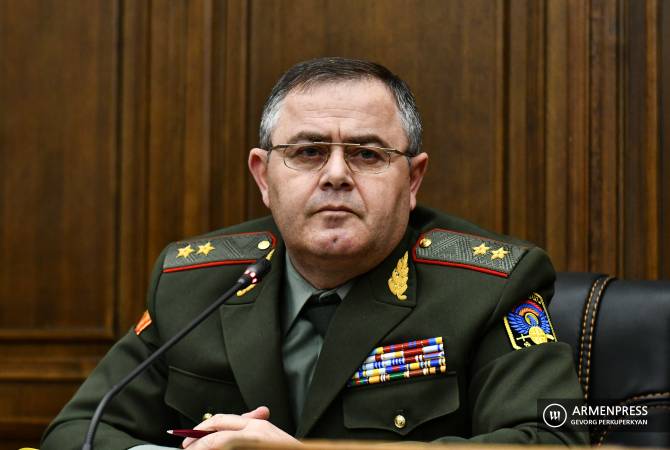 
YEREVAN, FEBRUARY 18, ARMENPRESS. There will be cadre changes in the Armed Forces, Chief of the General Staff of the Armenian Armed Forces Lt. General Artak Davtyan told reporters in parliament after being summoned for a discusiion with legislators regarding the recent non-combat fatalities in the military.

“There will be cadre changes, the official orders will be published,” he said, without elaborating.

Earlier Prime Minister Nikol Pashinyan revealed that a shake-up will take place in the military.