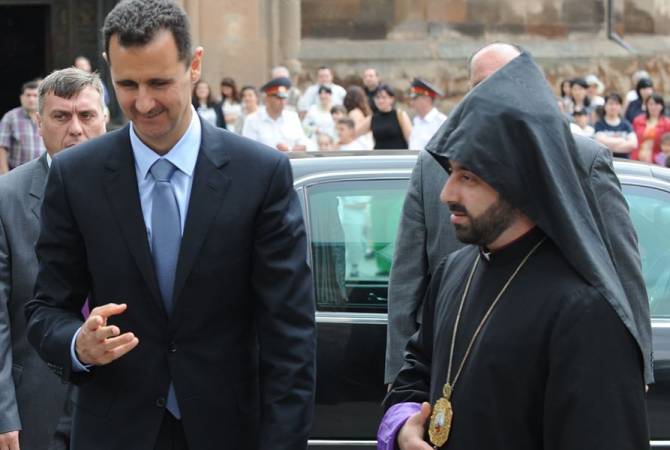 
YEREVAN, FEBRUARY 18, ARMENPRESS. Damascus Diocese of the Armenian Apostolic Church expressed its gratitude to President of Syria Bashar al-Assad for the Syrian Parliament’s adoption of the resolution on recognizing the Armenian Genocide.

Primate of the Damascus Diocese, Bishop Armash Nalbandian sent gratitude letters to the Syrian President, Parliament and all those who contributed to the recognition of the Armenian Genocide.

“We are the third or the fourth generation of the survivors of the Armenian Genocide. Many Armenians sheltered here thanks to their Syrian brothers. And within the course of years we have become the integral part of the society. Today we are delivering a prayer of gratitude. We welcome the step by Syria to recognize the Armenian Genocide”, the letter said.

On February 13 the Parliament of Syria adopted a resolution on condemning and recognizing the Armenian Genocide.