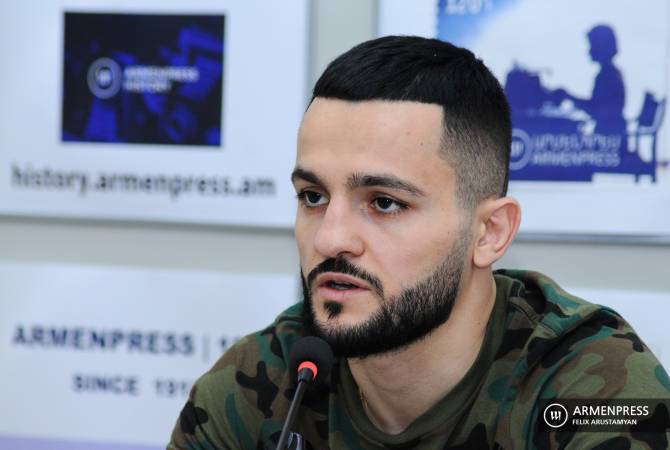 
YEREVAN, FEBRUARY 18, ARMENPRESS. Armenian professional featherweight boxer Aram Avagyan (9-0-1) has signed a contract with a new promotion company, the American Salita Promotions, and is scheduled to fight Dagoberto Aguero (15-0-0) of the Dominican Republic on March 13th in Detroit, USA.

“I have big expectations from this fight”, Avagyan said.

Speaking about his opponent, Avagyan gave credit to the Dominican fighter for this technical skills and experience in the amateur career.

Avagyan said he gave back his World Boxing Council International Silver Feather Title because he didn’t have a promoter and organizing a bout to defend the title would require great expenses.

“Stopping the cooperation with Punch Boxing and leaving this title, I am going after a bigger title,” he said.

He said during his training in Armenia the head coach of the Armenian National Boxing Team Vahan Adilkhanyan and coach Karen Aghamalyan are assisting him.