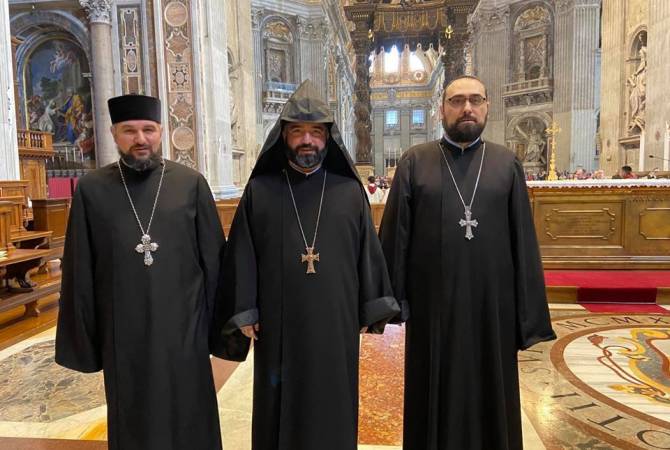 
YEREVAN, FEBRUARY 17, ARMENPRESS. A delegation of the Mother See of Holy Etchmiatsin has departed for Vatican where it will have a meeting with Pope Francis, Etchmiatsin’s press service reported.

The delegation will take part in the meeting of young clergy as part of the Eastern Orthodox - Catholic Churches Official Dialogue.

“During the one-week introductory visit the delegation will visit the spiritual educational centers of the Catholic church, the Apostolic Palace, and will also have an official meeting with the Bishop of Rome, His Holiness Pope Francis,” the Armenian Church said in a statement.

The delegation is composed of Priest Vahram Melikyan, the Director of the Information Services of the Mother See, Vardapet Mesrop Parsamian, the Dean of the Gevorgian Seminary, and Priest Adam Makaryan, the Secretary of the Catholicosate Office.