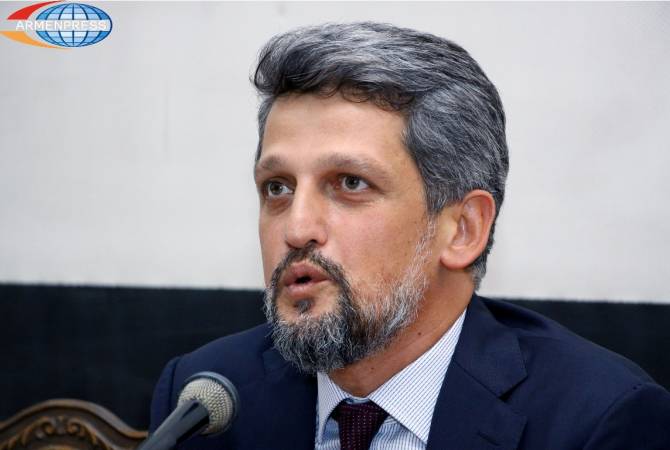 
YEREVAN, FEBRUARY 17, ARMENPRESS. Unidentified attackers have vandalized and set ablaze the cross of the grave of a Zehra Cholak at the St. Maria Catholic Church cemetery in Trabzon, Turkey.

Garo Paylan, the ethnic Armenian Member of Parliament of Turkey, has addressed an inquiry over the matter to Turkish Interior Minister Suleyman Soylu.

According to Paylan, prior to this attack a group of people attempted to incite a provocation by chanting Allahu Akbar during the funeral of Cholak.

“A similar attack also took place on February 7 at the Christian cemetery in Ortagyugh: unknown perpetrators vandalized 19 gravestones. We are asking the interior minister: The crimes against Hrant Dink and Vardapet Santaro were committed by gangsters guided by the Trabzon police. Is there such a gang within the Trabzon police force? Paylan said.

The lawmaker inquired whether or not authorities are probing the incident during Cholak’s funeral and if perpetrators are identified. He also asked why authorities didn’t take appropriate security measures after the provocation during the Christian citizen’s funeral. The MP expressed opinion that the victims were targeted because of their Christian faith.