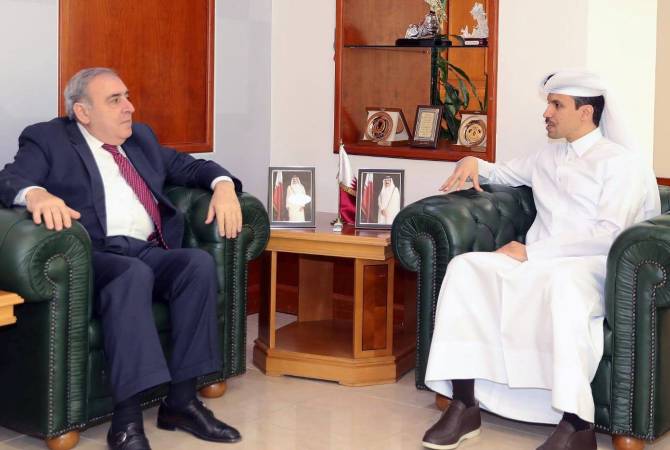 At the meeting the Ambassador introduced the achievements of the Armenian athletes in particular in Rio De Janeiro, highlighting the importance of activity of Armenian athletes engaged in different branches of sport of Qatar (boxing, gymnastics, wrestling) who bring their contribution to the development of various types of sports in Qatar.

The Armenian Ambassador highlighted the exchange of athletes and head coaches in the field of sport, the holding of joint trainings and the organization of mutual visits of the two delegations.

In turn the QOC Secretary-General expressed the interest of the Qatari side to develop future cooperation in the field of sport between the two countries, stating that Qatar wants not only to send athletes to Armenia, but also to use the knowledge of highly-qualified Armenian athletes and coaches.