Campaigning ahead of constitutional referendum begins 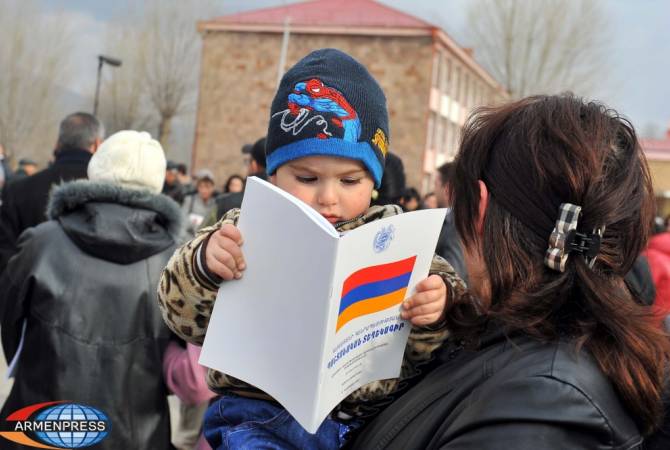 
YEREVAN, FEBRUARY 17, ARMENPRESS. The campaigning in the scheduled constitutional referendum has officially kicked off in Armenia.

The ruling Civil Contract party, who initiated the referendum, has already formed the YES campaigning group which is led by Suren Papikyan, the Minister of Territorial Administration and Infrastructure.

The opposition Prosperous Armenia (BHK) party of parliament announced earlier it is opting out from the referendum process.

The other parliamentary opposition, Bright Armenia (LHK), announced it won’t be engaged in a NO campaigning despite having voted down the decision in parliament.

Parties not having representation in parliament, the former ruling Republican party and the ARF, have both announced they won’t participate in the process, with the ARF calling on voters to ignore the referendum.