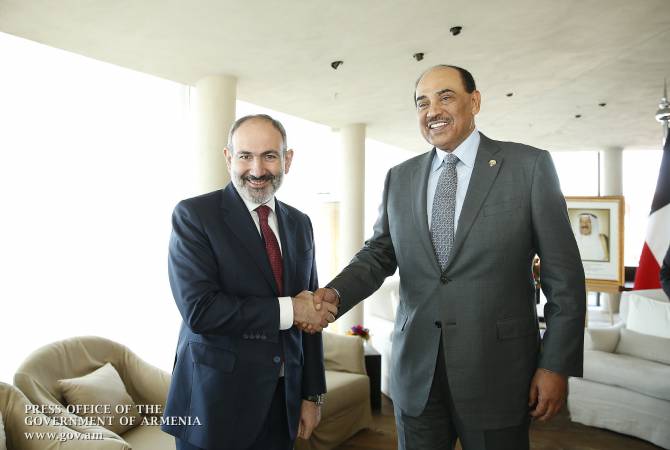 Emphasizing the importance of strengthening the ties between the two peoples, the Armenian and Kuwaiti PMs touched upon boosting the cooperation in tourism sector, and also in this context the possibility of organizing direct flights.

PM Pashinyan introduced Armenia’s actions to improve the business climate, fight against corruption and stated that the government is interested in attracting the Kuwaiti business to the Armenian market, adding that it will allow investors to enter into the market of the Eurasian Economic Union.

They agreed to task their respective Cabinet members to take necessary actions for boosting business ties.