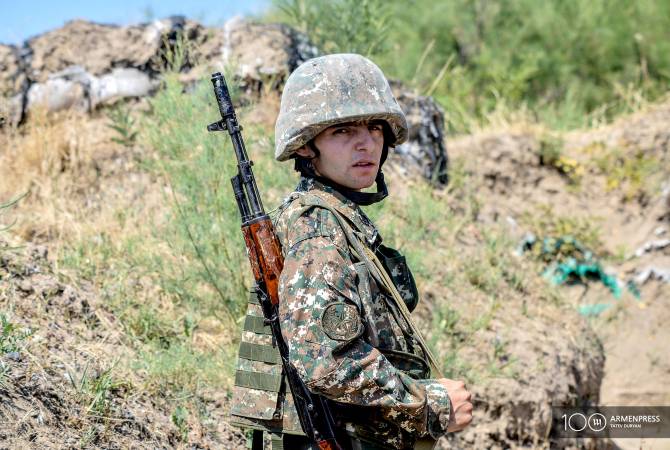 
STEPANAKERT, FEBRUARY 15, ARMENPRESS. During the period from February 9 to 15 the Azerbaijani forces violated the ceasefire regime in the Artsakh-Azerbaijan line of contact nearly 120 times by firing more than 1100 shots from various caliber weapons at the Armenian positions, the defense ministry of Artsakh told Armenpress.