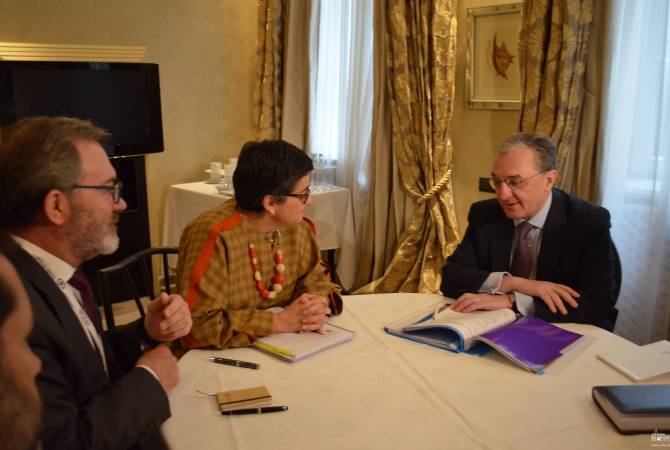 The ministers highlighted the readiness of the two sides to further strengthen and enrich the agenda of the Armenian-Spanish friendly relations. They highlighted holding regular consultations between the two ministries to boost the bilateral political dialogue.

The Armenian and Spanish ministers also highlighted the need to completely utilize the existing potential via the promotion and development of commercial ties, cooperation in science and culture.

The officials also touched upon the Armenia-EU partnership agenda, highlighting the importance of the Comprehensive and Enhanced Partnership Agreement (CEPA) as a legal base regulating the bilateral relations with the EU and its member states.