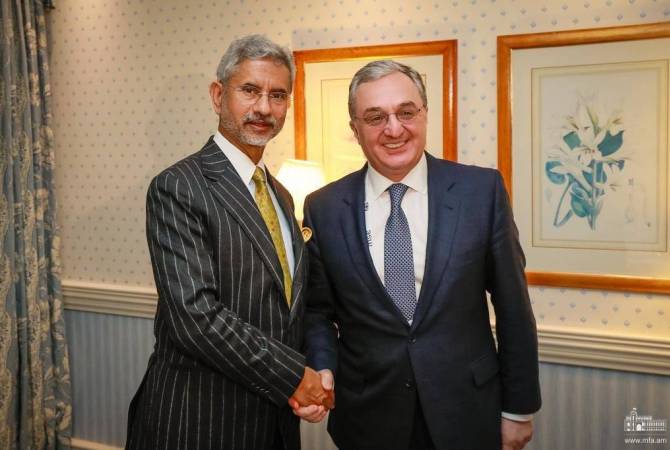 The ministers praised the fact that the Armenian-Indian relations, which are based on traditional friendly and common values, received a new quality. From the perspective of maintaining the dynamics of the bilateral political dialogue, they specifically highlighted holding regular consultations between the foreign ministries, boosting the mutual visits and contacts, the activity of the Armenian-Indian inter-governmental commission, as well as the decentralized cooperation.

The Armenian and Indian FMs attached great importance to the promotion of multi-sectoral cooperation in particular via the complete utilization of the commercial potential and the deepening of ties in the fields of agriculture, pharmaceutics, light industry. In this context they highlighted the fields of innovation and high technologies as prospective directions where the two countries have deep traditions and major achievements.

The ministers also discussed a number of international and regional issues.