Pashinyan, Aliyev to attend discussion on NK conflict in Munich 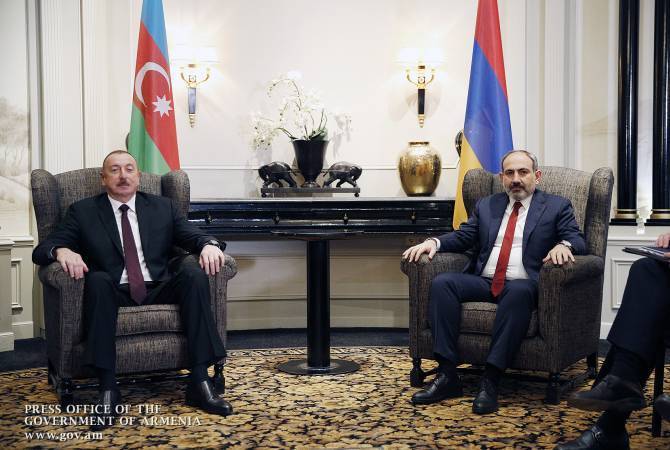 
YEREVAN, FEBRUARY 14, ARMENPRESS. Prime Minister of Armenia Nikol Pashinyan and president of Azerbaijan Ilham Aliyev will attend a discussion on Nagorno Karabakh conflict in the sidelines of Munich Security Conference, ARMENPRESS was informed from the official website of the Conference.

The discussion will take place on February 15, from 17:30 to 18:15 local time (20:30-21:15 Yerevan time). The facilitator will be President and Chief Executive Officer of US Russia Foundation Celeste Wallander.

Prime Minister of Armenia Nikol Pashinyan is also participating in the Conference. Pashinyan arrived at the hotel Bayerischer Hof, the venue of the Conference, which gathered global leaders.

The Munich Security Conference is an annual conference on international security policy which gathers several dozen heads of state and government, public, political figures, diplomats, security experts under one roof. This year’s Conference will focus on topics whether the EU countries are more closely cooperating in the defense field, whether the world is facing security challenges caused by climate change, etc.

The three-day Conference will host more than 500 delegates. Presidents, prime ministers, foreign and defense ministers from over 40 countries of the world will participate in the Conference. Among the participants are French President Emmanuel Macron, Prime Minister of Canada Justin Trudeau, US Secretary of State Mike Pompeo. Russian and Iranian foreign ministers are expected to deliver remarks at the event.

On the sidelines of the Conference the Armenian PM will have several bilateral meetings with his foreign counterparts and other officials.

Armenian President Armen Sarkissian attended the 2019 Munich Security Conference and this year as well will participate in the opening of the Conference.