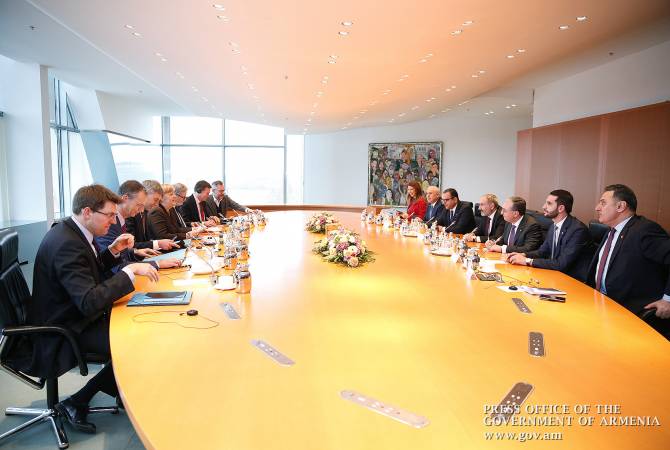 As ARMENPRESS was informed from the Office of the Prime MInistye rof Armenia, welcoming Armenian Prime Minister’s visit, the German Chancellor emphasized its importance as she was confident that the visit came as an opportunity to discuss issues on the bilateral agenda. Mrs. Merkel went on to assure that her government will continue to back the Armenian side in an effort to push ahead with the ongoing democratic reforms.

Coming to economic developments, Prime Minister Pashinyan noted that high growth rates had been recorded in various sectors of the economy. The Premier said his government eager to see broader involvement of German capital in Armenia’s economy, and invited German companies to take part in investment projects in Armenia.

The parties discussed a broad range of issues, including cooperation in the fields of industry, infrastructure, tourism, information technology, education, etc. Prime Minister Pashinyan referred to the upcoming April 5 referendum on constitutional changes in Armenia. He pointed out that the Government is going to invite international observers to monitor the referendum.

On behalf of her government, Angela Merkel expressed support for Armenia’s judicial reform. She emphasized the importance of those steps taken by the Armenian government to develop democratic institutions.