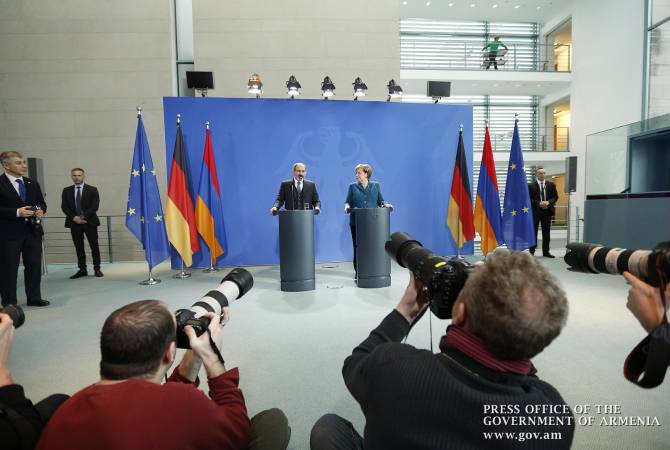 “Great changes have taken place in Armenia. Changes are being carried out today in the legal system. We know it’s not an easy task and wish success to Armenia in its efforts”, Angela Markel said.

She recalled her visit to Armenia and emphasized that she was impressed by her visit to TUMO center, the result of which is that in autumn a TUMO center will be opened in Berlin. She noted that intensive cooperation continues in various spheres.

Angela Merkel highlighted the Armenian peacekeeping mission in Afghanistan and thanked for it. She also referred to Armenian-Azerbaijani relations and added that she will continue the meeting with PM Pashinyan with a rich agenda of discussions.