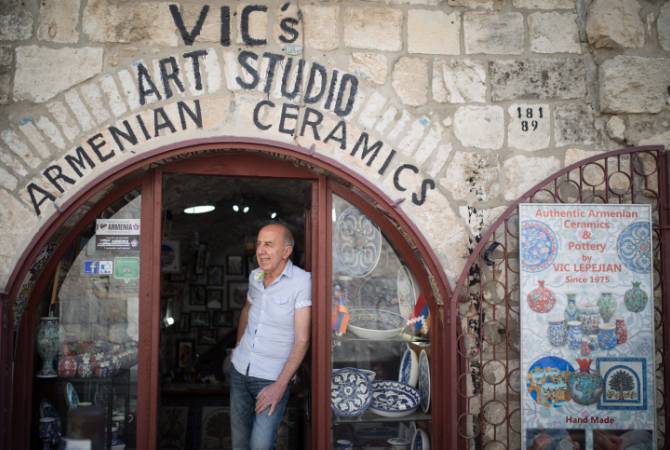 The residents told about the efforts of Turkish officials, who try to persuade them to deny the Armenian Genocide carried out by the Turks 100 years ago. They also try to acquire the property of the local Christians.

One of the locals told about a Turkish official, who offered the family of Kakhabadijan that possesses a unique collection of thousands of photos and documents about the Armenian Genocide, to stop their activities and refrain from the spread of the photos and documents.

The Kakhabadijans devoted their lives to the illustration of the Armenians massacres by Turks and have produced several short films about the topic. Ilya Kakhabadijan, whose grandfather is a genocide survivor, told that after just 40 minutes after the start of the meeting with the Turkish official, he understood that his goal was to persuade him to stop his activities. Ilya emphasized that the Turkish official did not threaten him, and added, “I showed him the exit and he understood that the Armenian community is ready to pursue the issue of the Armenian Genocide until the end”. He added that they will wait for another 100 years but will not abandon the demand on restitution until they achieve a treaty like Israel signed with Germany.

Turkish efforts to persuade Armenians include also financial grants. Some locals tell that in the recent period the Turkish government offered a number of grants of 3 thousand USD for various needs, but all of their offers were denied by the Armenians, who say that “these are grants for keeping us silent”. The extermination of Armenians was a pre-planned and organized genocide, which was carried out by the Ottoman Empire during the years of WWI and even until 1923. 1.5 million of Armenians fell victim of this crime against humanity.

The Jewish Press also informs that months ago the residents of the Armenian community were shocked by the fact that one of the houses in the district was sold to a Muslim with a price 3 times higher its market price. The investigation showed that Turkey sponsored the purchase of Armenian real estate.