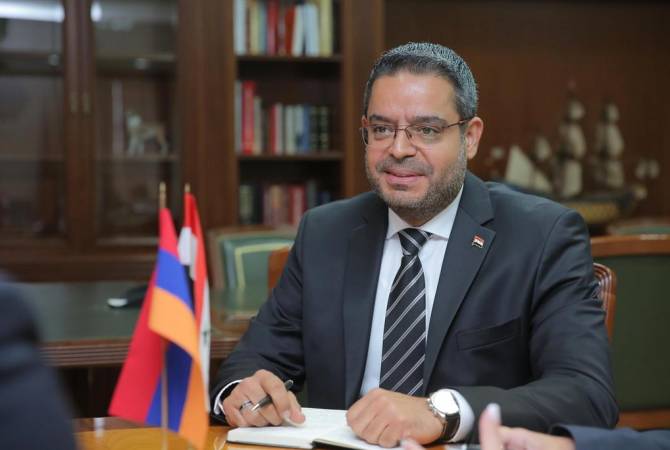 
YEREVAN, FEBRUARY 13, ARMENPRESS. Ambassador of Syria to Armenia Mohammad Haj Ibrahim says the terrorists who are currently active in Syria are the successors of the perpetrators of the Armenian Genocide which was organized by the Ottoman Empire in the beginning of the 20th century.

“Today’s terrorist organizations, who are committing horrifying acts against the Syrian people, are the grandchildren of those who committed genocide against the Armenians and others in the past,” the Ambassador said at a news conference in Yerevan on February 13.

Speaking about the Syrian parliament’s unanimous adoption of the Armenian Genocide resolution, the Ambassador said that Syria has always commemorated the memory of the victims of the massacres against the Armenians.