Armenian PM and his delegation arrive in Berlin on working visit 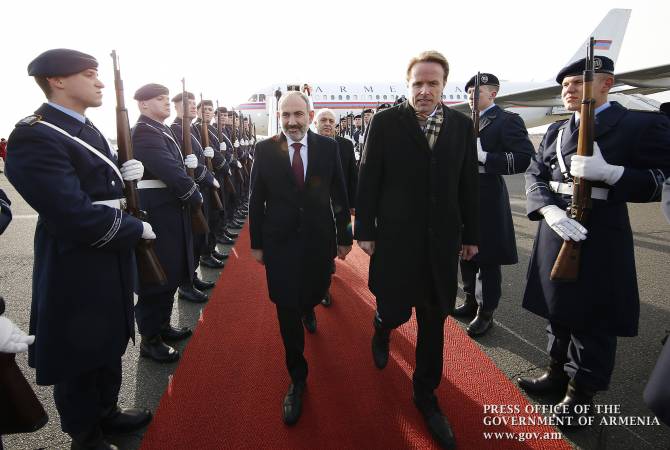 
BERLIN, FEBRUARY 13, ARMENPRESS. Armenian Prime Minister Nikol Pashinyan and the delegation led by him arrived in Berlin on a working visit, Armenpress correspondent reports from Berlin.

In Berlin the Armenian PM will meet with German Chancellor Angela Merkel. The meeting will be followed by a joint press conference.

PM Pashinyan will also meet with President of the Bundestag Wolfgang Schäuble.

Thereafter, the Armenian PM will meet with the German academic, expert circles at the Friedrich Ebert Foundation of the Social Democratic Party.

On February 14 Pashinyan will depart for Munich to take part in the official opening ceremony of the Munich Security Conference. On the sidelines of the Conference the Armenian PM will have several bilateral meetings.