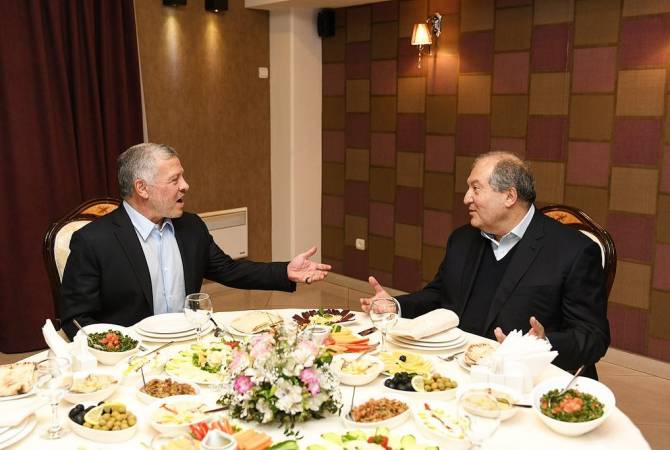 
YEREVAN, FEBRUARY 12, ARMENPRESS. Cuisine is perhaps one of the best ways of reflecting the hospitality and culture of any nation, and Armenia sure boasts one of the finest traditional cooking in the world. 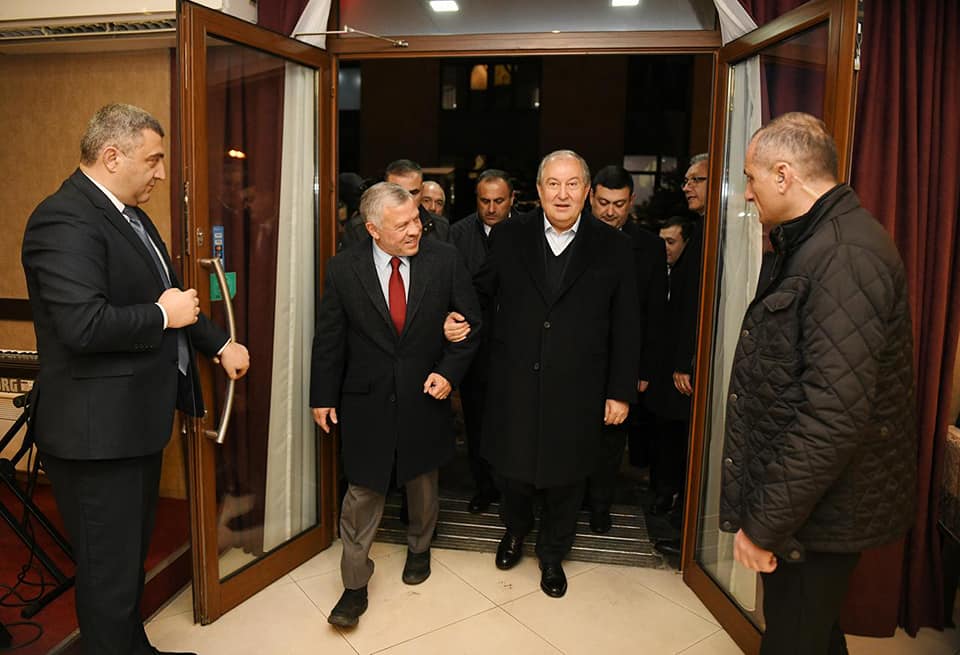 President Armen Sarkissian and King Abdullah II of Jordan were dining there on the first day of the historic, first ever visit of His Majesty to Armenia.

ARMENPRESS’s Norayr Shoghikyan talked to the restaurateur Hakob Azelyan, the Syrian-Armenian owner of Derian, to find out how it felt like hosting the royal, and of course what was on the menu.

“We were informed that the President will be hosting a guest at our restaurant, but we didn’t know who that guest would be due to security reasons, it was kept secret,” Azelyan said. 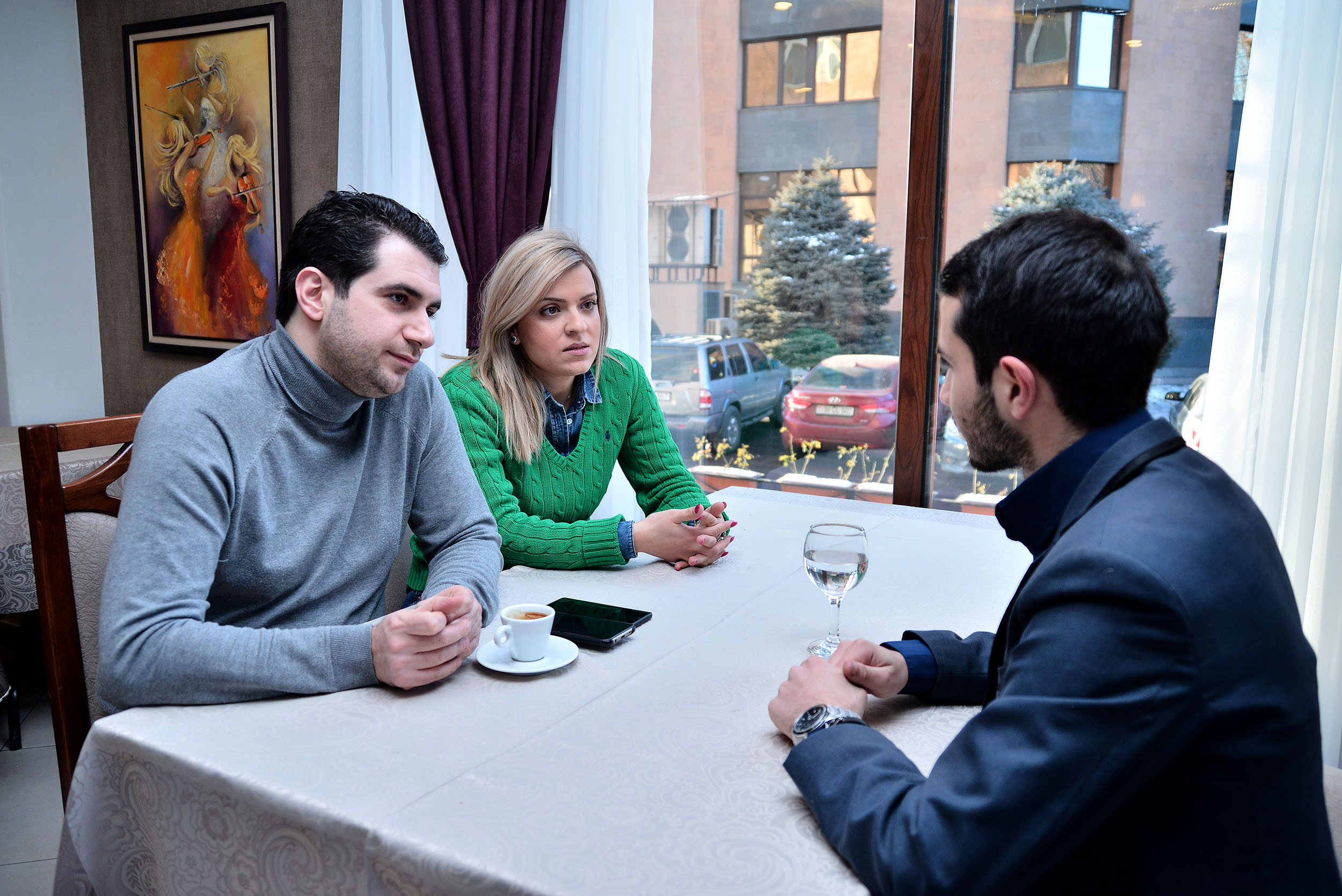 Azelyan and his wife Mirey are running the restaurant together as a family business, and on that special day all members of the family were working.

“We were anxious in the beginning, but King Abdullah II accepted us very easily. President Armen Sarkissian introduced us to the king, he told him that we came from Syria, we shook hands with the king, and when a warm atmosphere settled our anxiousness subsided,” said Mirey.

Asked about the menu, Hakob Azelyan said there was nothing extraordinary. The dinner comprised Armenian and Arabic cuisine.

“We served our entire menu. There was nothing unusual. The menu consisted of veal and chicken barbeque, ghaurma, ishli kofta, manti, Armenian cheeses, strained matsoon, olives, tabbouleh, dolma, hummus and muttabal. We served caramel cake, a fruit assortment and Arabic kanafeh for dessert,” he said.

Mirey Hamalyan said King Abdullah II liked the food very much and thanked the staff for the hospitality and the delicious meals.

The owners of Derian are proud of their high-profile guests, which also include celebrities Elton John and Michael Caine, as well as government officials.

However, as true restaurateurs, they don’t put a difference between their guests when serving them.