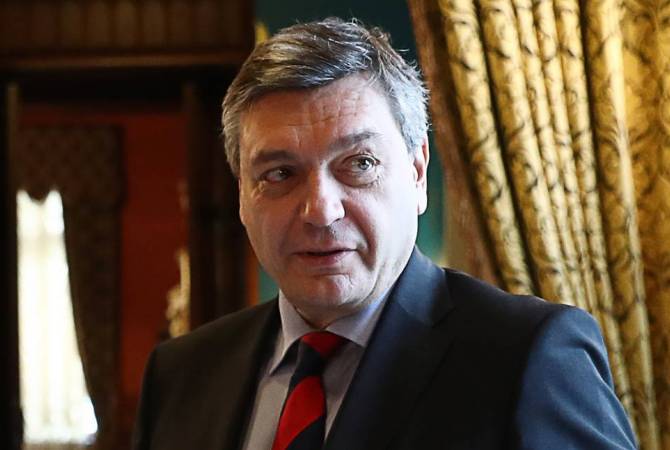 “Russia always plays its active role of a mediator. The work with the parties in the settlement of that prolonged conflict is one of our foreign policy priorities. The NK conflict is under the spotlight of the Russian President, the foreign minister which further highlights the importance of the mediation efforts, raises the attention towards the results”, he said.

The Russian deputy FM called the adoption of the Moscow declaration in 2008 an important stage in the mediation mission which talks about the political settlement of the conflict.

“As you know, Russia played a decisive role in the suspension of large-scale military operations in 2016 by inviting the heads of general staffs of Armenia and Azerbaijan to Moscow. We are conducting our mediation mission in close partnership with the French and American colleagues”, Rudenko said.

The deputy FM highlighted Russia’s role in stabilization of the situation in the conflict zone, upgrading of the negotiation process, as well as mitigation of condition of persons arrested in the territories of the two sides. “An agreement has been reached over the mutual visits of media representatives. Some of these agreements were implemented. The situation in the border and the Line of Contact is relatively calm. There is an operative connection between Yerevan and Baku, the mutual visit of journalists took place”, he said, adding that this shows the intentions of the sides to take concrete actions to prepare populations to peace. “Recently the Armenian and Azerbaijani Foreign Ministers talked about this at their last meeting in Geneva. The sides announce their readiness to reach compromise. We support this intention. The base to continue the work exists, the important is to demonstrate a political will”, the Russian deputy FM said.