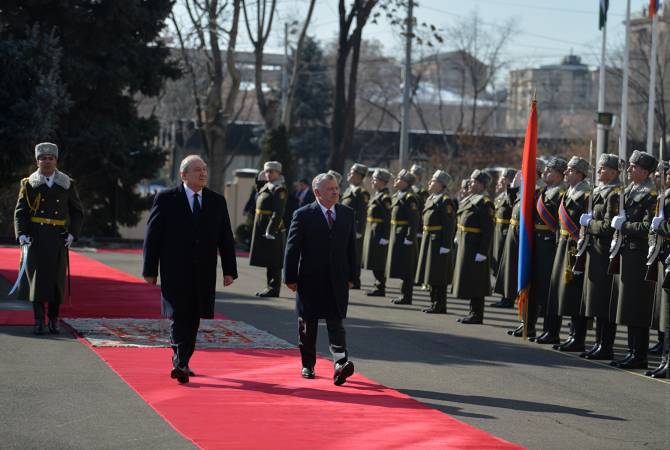 The Armenian President and the King of Jordan introduced their official delegations to one another.

The welcoming ceremony will be followed by the meeting between President Sarkissian and King Abdullah II. The leaders of the two countries will also make a statement on the topic of Religion and Tolerance.