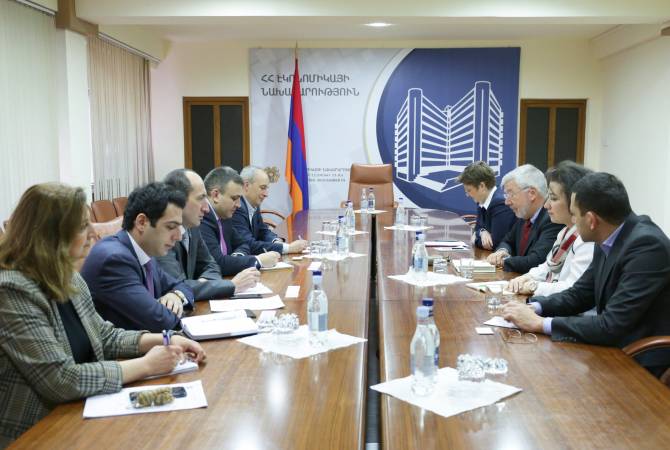 
YEREVAN, FEBRUARY 10, ARMENPRESS. The upcoming meeting of the Armenian-German Inter-Governmental Commission for Financial and Technical Cooperation is set to be held in Berlin July 21-22.

Deputy Chief of Mission of Germany to Armenia Klaus Wendelberger conveyed the official proposal from the German side on hosting the event to Deputy Minister of Economy of Armenia Varos Simonyan during a meeting on February 10. Simonyan, the co-chair of the commission, accepted the offer.

The German envoy said Germany is willing to continue providing assistance to the Armenian government’s reforms, especially in the economic sector – highlighting the development of “green economy” and the SME sector and tourism.

Andriasyan briefed on the KfW’s Armenia activities, namely the agricultural insurance system, as well as the support in opening the TUMO Center in Berlin, Germany.

Simonyan invited the officials to participate in the EU-Armenia Investment Forum due in autumn.