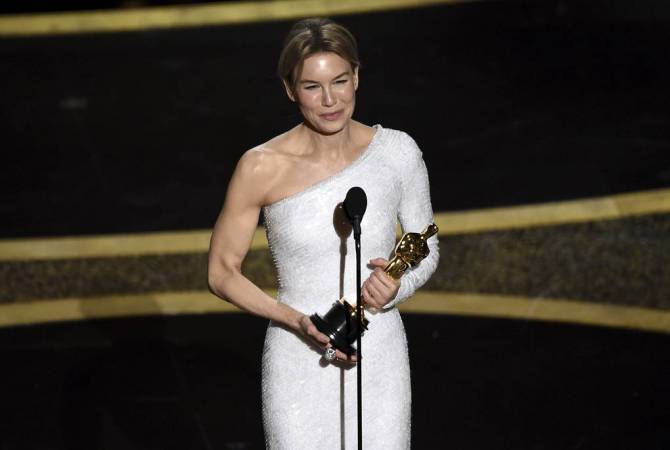 
YEREVAN, FEBRUARY 10, ARMENPRESS. Renee Zellweger won the best actress Oscar at the 92nd Academy Awards for her role in “Judy,” a biographical drama exploring Hollywood legend Judy Garland’s personal and professional turmoil at the end of her life, reports Reuters.

Taking the stage to accept her award, Zellweger saluted her fellow nominees in the best actress race - Cynthia Erivo for “Harriet,” Scarlett Johansson for “Marriage Story,” Charlize Theron for “Bombshell,” and Saoirse Ronan for “Little Women.”

The 92nd Academy Awards was held on February 9 at the Dolby Theater in Los Angeles.