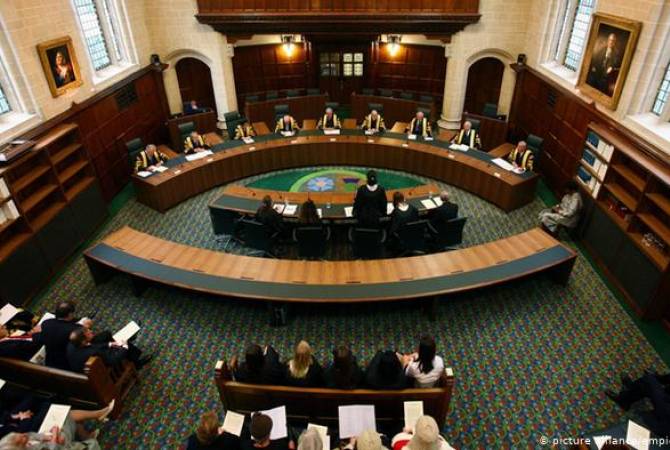 
YEREVAN, FEBRUARY 6, ARMENPRESS. The London Court of Appeal has rejected an Azerbaijani banker’s wife Zamira Hajiyeva's attempt to stop the UK's first ever Unexplained Wealth Order from being implemented against her.

Hajiyeva spent £16m of unexplained wealth in Harrods in a decade.

Hajiyeva must reveal how she became wealthy enough to buy a mansion near Harrods and a golf course in Berkshire.

She faces losing the properties if she can't provide proof of income, the BBC reported.

Hajiyeva's husband, Jahangir Hajiyev, was the chairman of the state-controlled International Bank of Azerbaijan from 2001 until his resignation in 2015, and was later jailed for 15 years for fraud and embezzlement.

Dismissing the appeal on Wednesday, Lord Justice Burnett, the Lord Chief Justice, also refused to allow Hajiyeva to take the case to the Supreme Court - and ordered her to pay the National Crime Agency's (NCA) legal costs.

In the judgment, Lord Justice Burnett and two other senior judges said that Hajiyeva had been lawfully targeted by the first ever Unexplained Wealth Order (UWO) two years ago.

"The relevant requirement for making a UWO [is that] the court must be satisfied that there are reasonable grounds for suspecting that the known sources of the lawfully obtained income available [to the targeted individual] would have been insufficient to enable him or her to obtain the property," said the judges as quoted by the BBC.

The Azerbaijani woman must now present the sources of her wealth, including how she was able to buy her £15m home and the Mill Ride Golf Course in Berkshire.

Sarah Pritchard, of the NCA's National Economic Crime Centre, said it was a "significant result".

"As a new piece of legislation we anticipated that there would be legal challenge," she said. "We are pleased that the court has upheld the case today. It will set a helpful precedent for future UWO cases."