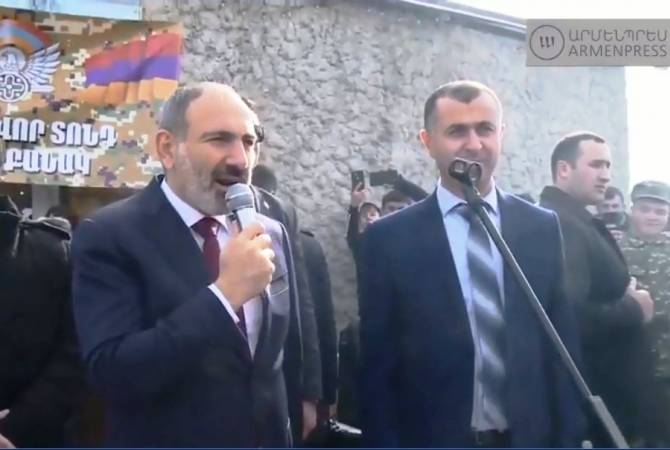 The PM congratulated the participants of the event which was dedicated to the 28th anniversary of the establishment of the Armenian Armed Forces.

“I congratulate all of us on the 28th anniversary of the Armenian victorious, glorious army. I am convinced that the pride of all of us towards our army, our state will gradually grow with our work and belief towards the future and our identity”, the PM said.

The Republic of Armenia and Armenians around the world celebrate the 28th anniversary of foundation of the Armenian Armed Forces on January 28.