More than 89% of Armenians trust the Army 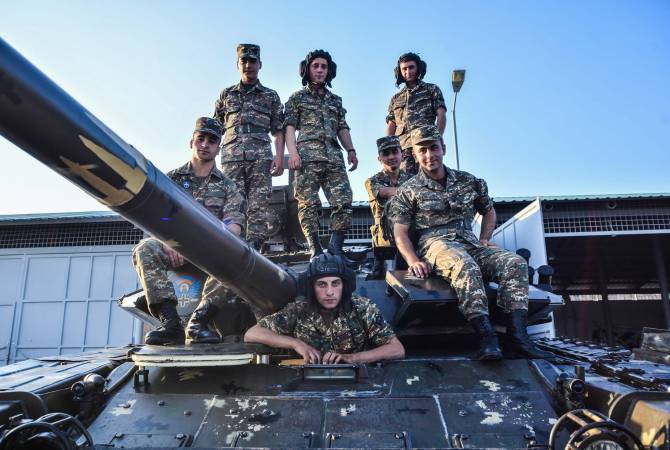 
YEREVAN, JANUARY 28, ARMENPRESS. 89.4% of the citizens of Armenia trust the Armenian Army most among the state and public structures, according to the results of the research conducted by Breavis.

The Republic of Armenia and Armenians around the world celebrate the 28th anniversary of foundation of the Armenian Armed Forces on January 28.

The formation of the Armenian Armed Forces coincides with 1992-1994, when the newly independent Republic of Armenia, along with the Nagorno Karabakh Republic, being in undeclared but de facto war with Azerbaijan, simultaneously embarked on the creation of a national army. The Declaration of Independence of 1990, however, played a decisive role in the creation of the Armenian Army.