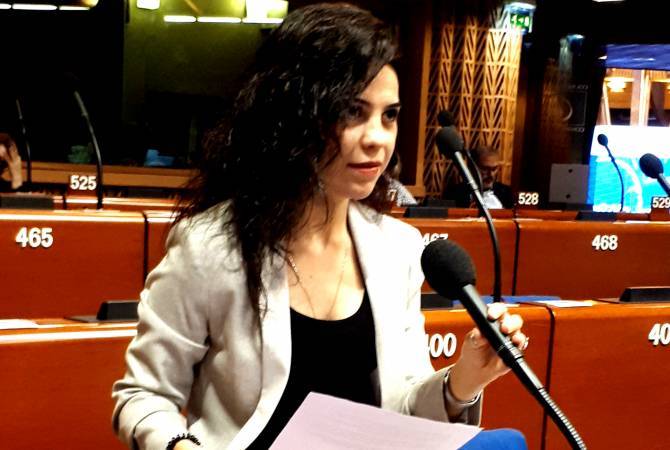 “Since we mark 75th anniversary of international Holocaust Remembrance day and the liberation of Auschwitz I would like to bring your attention into the xenophobic expressions in the space of CoE. Particularly I want to talk about the horrible events which took place in January, 1990 against Armenian population in the capital of Azerbaijan Baku, 30 years ago. This was the continuation of discrimination policy of Azerbaijan which Armenian population witnessed starting from 20th century. Under International law, the brutal crimes committed by the authorities of Soviet Azerbaijan and the Azerbaijani Popular Front opposition movement against the Armenian population fall under the classification of crimes against humanity. I find it important to mention that there were also very few Azerbaijanis who dared to be against such actions and helped Armenians to escape. They also need to speak up about these events”, the Armenian MP said.

The organizers and perpetrators of the pogroms have not yet been brought to justice, and that’s why unfortunately Azerbaijan continues to pursue discriminatory and xenophobic policies, which were reflected in 2004, during the training courses organized by NATO in Hungary when sleeping Armenian officer Gurgen Margaryan was axed by his fellow participant, Azerbaijani Lieutenant Ramil Safarov who is currently considered as hero in Azerbaijan, as well as in the case of torture and brutal murder of civilians in Talish village in April, 2016. To sum up I would like to highlight that PACE has a lot to do to fight against xenophobia and hatred. There are many conflicts in the space of Council of Europe and I hope all of them will be solved with peaceful manners, however the most important guarantor for that is our permanent struggle and ongoing criticism against discrimination, hatred and xenophobia”, Tatev Hayrapetyan said.