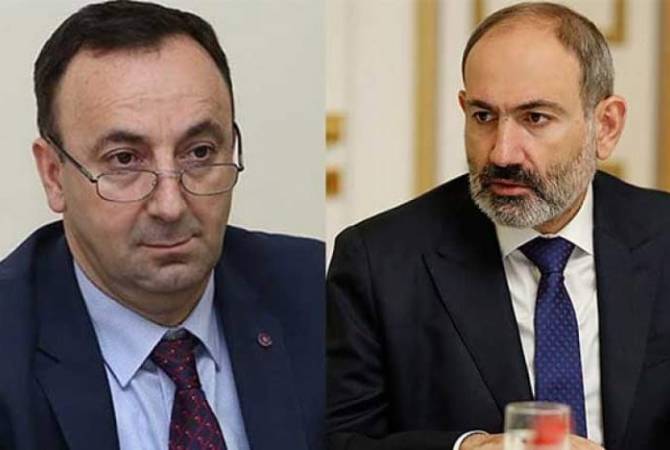 
YEREVAN, JANUARY 25, ARMENPRESS. Shortly after Prime Minister Nikol Pashinyan revealed at a press conference that Constitutional Court President Hrayr Tovmasyan has offered him “his services” to collude in some unspecified matters, the top judge reacted and claimed that the premier’s statement is a lie.

Tovmasyan said in a statement that the PM’s accusations are “fake slander”.

“From this moment on, I will patiently wait for 20 days for Pashinyan to disclose any objective fact, any reliable evidence supporting his statement. Otherwise I will request my lawyers to file a defamation lawsuit against Nikol Pashinyan,” Tovmasyan had said.

“As soon as I reach Yerevan I will disclose Hrayr Tovmasyan’s anticipated objective, reliable fact,” Pashinyan said on Facebook from Kapan, an Armenian town where he was delivering a news conference today. “But please don’t blame me in giving an unproportionally stronger counterblow. I didn’t want to: you forced me,” Pashinyan said.