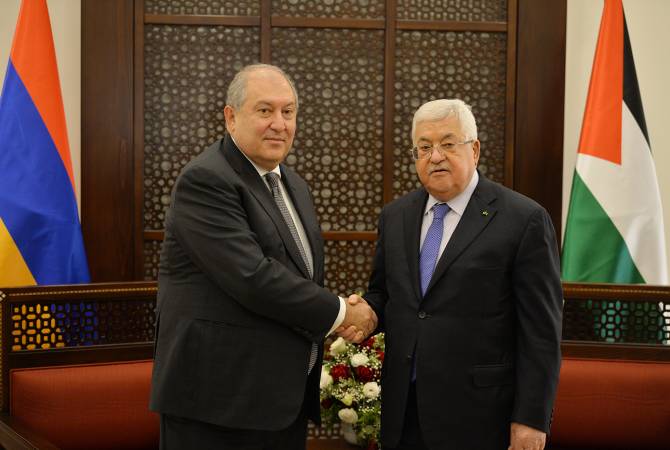 During the meeting Sarkissian thanked Abbas and the Palestine National Authority government for “everything they are doing for the Armenian church”, according to the news release.

“We are grateful for your support for the preservation of the Armenian spiritual-historic legacy and Christian values,” Sarkissian said.