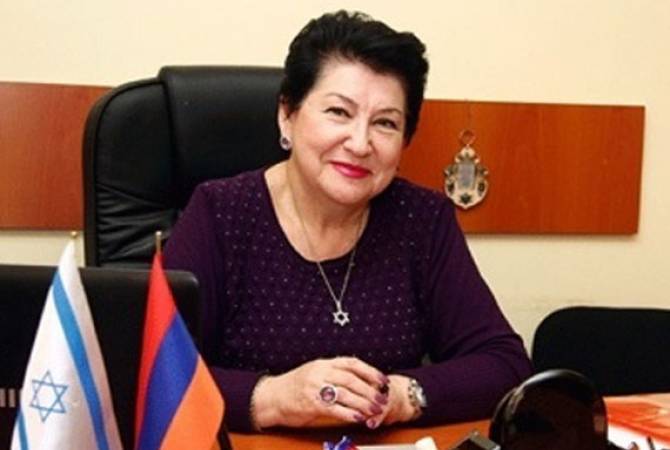 
YEREVAN, JANUARY 24, ARMENPRESS. Head of Jewish community in Armenia Rima Varzhapetyan-Feller is confident that in Armenia there has never been and cannot be manifestations of Antisemitism. In an interview with ARMENPRESS Varzhapetyan said that there are all the conditions in Armenia allowing them to proudly voice about their Jewish origin.

“We have a Jewish community here and Armenia is a very tolerant country. It can never happen here that someone’s blood is shed for being a representative of other nationality. We feel very well here and there can be no anti-Semitism or xenophobia in Armenia. Armenians also have ethnic minorities in other countries for which they always understand the situation of other ethnic minorities in their country”, Rima Varzhapetyan-Feller said.

Today in Armenia 300-400 Jewish families reside. They have been present in Armenia since the 19th century.