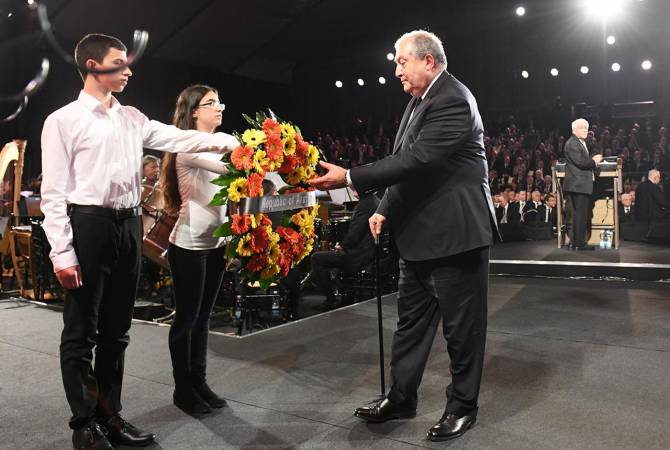 The Forum, which is titled “Remembering the Holocaust, Fighting Antisemitism”, was held in Yad Vashem, the memorial dedicated to the victims of the Holocaust. Leaders from over 40 countries, including Russia, France, Germany, Italy, Finland, Portugal, Sweden, Hungary, Slovakia, Iceland gathered at Yad Vashem, as well high-ranking officials from other countries.

President of Israel Reuven Rivlin opened the Forum and thanked the participating countries for the solidarity, calling on them to remember and never forget.

On the sidelines of the Forum the Armenian President had brief meetings with US Vice-President Mike Pence, Prince Charles of UK, French President Emmanuel Macron, as well as the Presidents of Germany, Italy, Portugal, etc.

The Heads of state laid wreaths at the memorial dedicated to the Warsaw ghetto uprising which is authored by the world-famous Jewish sculptor and artist Nathan Rapoport, as well as paid tribute to the memory of the Holocaust victims.