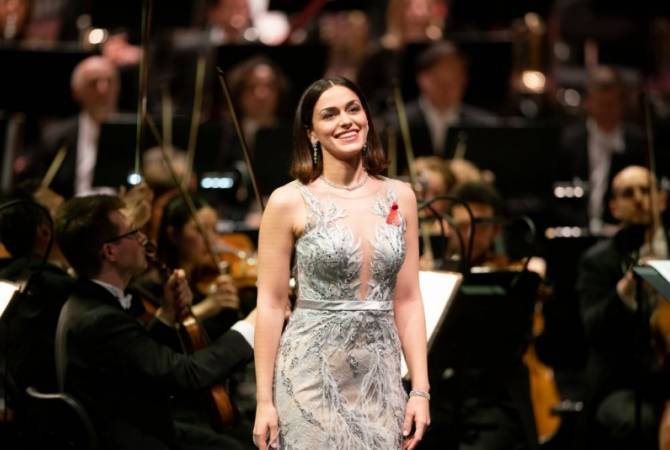 “I was offered to perform at the concert. After lengthy deliberations I accepted the offer. That itself will be a victory”, Mantashyan told ARMENPRESS.

On January 13th, media reports said Azerbaijani singer Yusif Eyvazov has refused to perform with Mantashyan due to “political concerns”. The two singers were scheduled to perform together on February 7 at Semper Opernball.

Afterwards, the Azerbaijani singer claimed on his social media account that the reports are fake news. He published a news release by Semper Opernball which reportedly showed that the festival didn’t even have a contract with Mantashyan regarding her performance.

However, a December 2019 news release included Mantashyan in the list of performers and the final contract wasn’t technically yet signed because the negotiations weren’t yet completed. But organizers and Mantashyan had agreed around her performance.

The Armenian soprano then publicly said she expects an apology from the organizers.

Even Armenian lawmakers reacted to the developments, and addressed a letter to the German Bundestag over the Azerbaijani tenor's xenophobic actions.