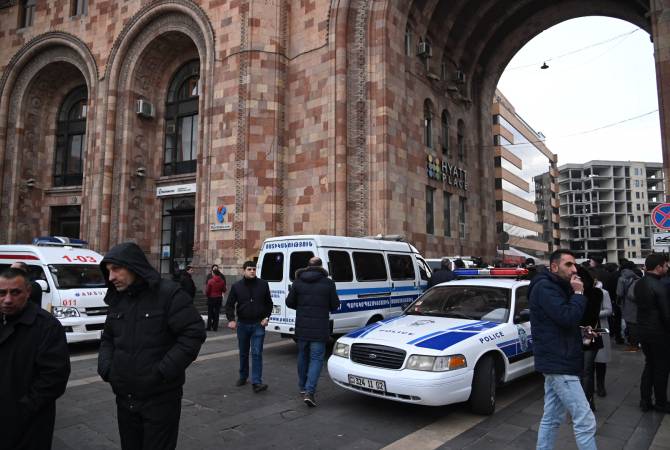 
YEREVAN, JANUARY 23, ARMENPRESS. The suspect who opened gunfire at the Erebuni Business Center in Yerevan has been apprehended and taken into custody, police said.

“At 14:00 police received a call that there is an active shooter in Erebuni Plaza. Top police officers and tactical units were immediately dispatched to the scene”, police said.

According to police, the suspect – a man whose identity hasn’t been disclosed yet – surrendered after Chief of Police Arman Sargsyan conducted negotiations with him.

Sargsyan personally escorted the suspect to the police station with his vehicle.

No one was injured in the incident.

The circumstances are being determined, police said.