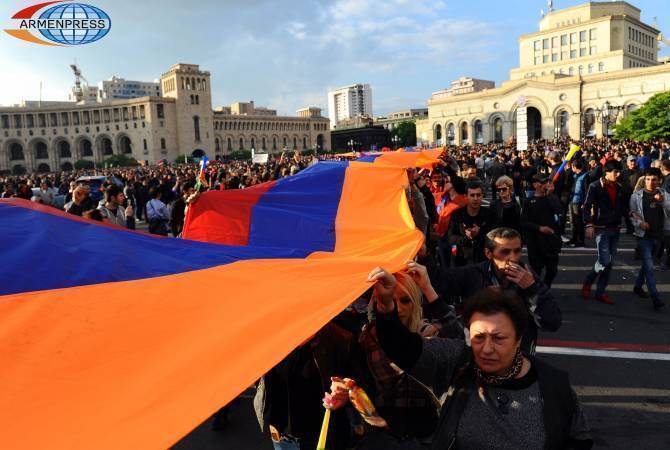 
YEREVAN, JANUARY 23, ARMENPRESS. The Economist published its Intelligence Unit’s Democracy Index 2019, according to which Armenia continued recording progress in the field of democracy, Prime Minister Nikol Pashinyan said during today’s Cabinet meeting, adding that according to the 2019 results Armenian received 5.54 score compared to the previous 4.79 score and improved its positions by 17 points capturing the 86th rank compared to the previous 103rd.

“Thus, we can state that according to the international indices Armenia is considered as the most democratic state in the region. The report stated that despite the progress Armenia remains a country with the so-called “hybrid regime”. In fact, this is connected with the problems existing in the judicial system. It depends on the fate of these reforms when we will overcome the bar of average countries in the two fields and will appear in the list of leading countries. In 2020 we should focus on the anti-corruption sector which is directly linked with the judicial reforms in order to finally cross the border that keeps us in the list of average countries. We are not satisfied with this”, the PM said.

Pashinyan said the results of 2019 showed that the economy isn’t afraid of the reforms, quite the contrary, it shows an activeness at very great rates inspired by these reforms.