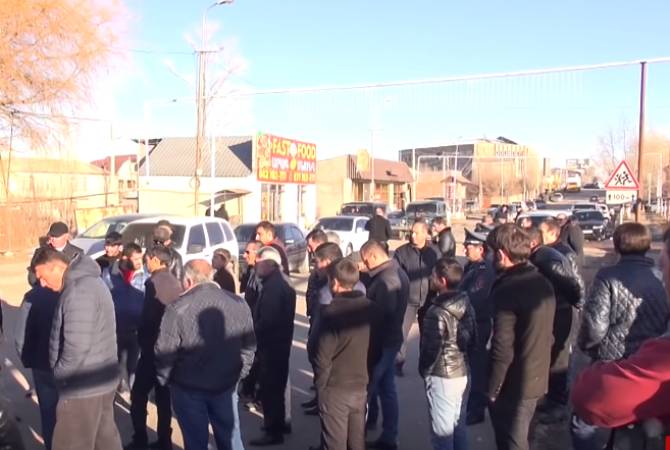 
YEREVAN, JANUARY 22 , ARMENPRESS. Farmers and meat traders in the Province of Gegharkunik blocked the Vardenis-Yerevan highway on January 22 as a protest against the government’s ban on home slaughter of livestock. The new law effective since January 15 means that livestock can only be slaughtered in slaughterhouses.

Mayor of Vardenis Aram Melkonyan arrived at the rally to meet with the demonstrators and he told the farmers that Prime Minister Nikol Pashinyan is expected to personally address the matter in parliament later in the day.

“We listened to our mayor and opened the road, but only with one condition: the prime minister’s response must stem from our interests, otherwise we will block the road again tomorrow morning,” one of the protesting farmers said.