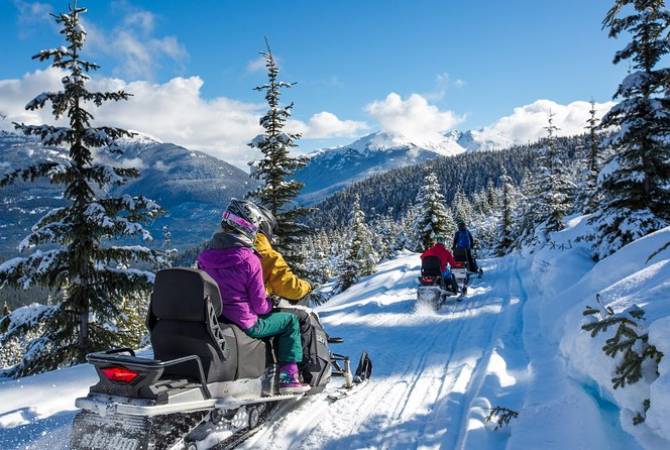 
YEREVAN, JANUARY 22, ARMENPRESS. Armenia’s Ashotsk, a rural community in Shirak province, has a prospect to become one of the centers for winter tourism and skiing: developing tourism via sport, and vice versa.

One of the key features of Ashotsk is the presence of snow most of the year, as well as the Mikayelyan family who is engaged in skiing for decades. Two sons of the family – Sergey and Mikayel, are members of the Armenian ski team and presented the country in the Olympic Games. Alla and Artur Mikayelyan are ski coaches. They have a small guesthouse near their home for foreign athletes, as well as tourists interested in winter sport.

Artur Mikayelyan told Armenpress that in addition to becoming a prospective center Ashotsk also needs a sport school which will provide jobs to the village residents. “Now there is an interest by the tourists of European countries. Countries strong in skiing in Europe are interested in holding trainings here”, he said.

Secretary General of the Armenian Sky Federation Gagik Sargsyan said Ashotsk can become a year-round sport center with hiking groups, biking tours, and also a center for rowing given the proximity of the Arpa River.

“Currently Ashotsk lacks infrastructures, although there is the small center which provides accommodation for 14 people. We believe we can create there a small ropeway and other entertainment centers”, he said. Guests who stay there want to extend their stay term as they are satisfied both with the hospitality and attitude.

An athlete from Switzerland, who was taking part in the Armenian championship, expressed a wish to work with the coaches for a week. “The government has begun zoning the territory of Ashotsk, and including the community to an investment program will be more available. We can develop tourism via sport, and sport via tourism”, Sargsyan said.

Before the Winter Olympics 2020 in Beijing, many countries would like to hold trainings in Ashotsk thanks to a consistent work as it is 2400 meters above the sea level.

An expert of the Tourism Committee Anahit Voskanyan said Ashotsk is a prospective region. It’s one of the unique communities of Armenia where snow is maintained for a long time. She highlighted that the key problem here is the absence of facilities hosting the guests.