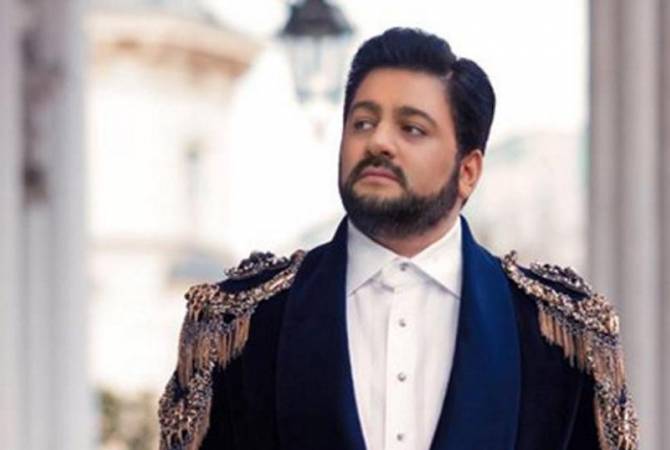 
YEREVAN, JANUARY 21, ARMENPRESS. Armenian Members of Parliament will address a letter to the German parliament – the Bundestag – regarding the controversial cancellation of Armenian soprano Ruzan Mantashyan’s performance in Dresden after of an Azerbaijani singer’s xenophobic demand to do so.

“The Semper Opernball festival cancelled singer Ruzan Mantashyan’s performance at the demand of Azerbaijani tenor Yusif Eyvazov, who is singer Anna Netrepko’s husband, because of Ruzan Mantashyan’s Armenian nationality. We, the parliamentary standing committee on Science, Education, Culture and Youth Affairs, have drafted a letter and would like it to be signed by as many lawmakers as possible. The letter is addressed to the Budestag, in order to draw their attention on the xenophobic manifestations taking place in Dresden,” said Artur Manukyan, a lawmaker representing the ruling My Step bloc.

On January 13th, media reports said Eyvazov has refused to perform with Mantashyan due to “political concerns”. The two singers were scheduled to perform together on February 7 at Semper Opernball.

Afterwards, the Azerbaijani singer claimed on his social media account that the reports are fake news. He published a news release by Semper Opernball which reportedly showed that the festival didn’t even have a contract with Mantashyan regarding her performance.

However, a December 2019 news release included Mantashyan in the list of performers and the final contract wasn’t technically yet signed because the negotiations weren’t yet completed. But organizers and Mantashyan had agreed around her performance.

The Armenian soprano then publicly said she expects an apology from the organizers.