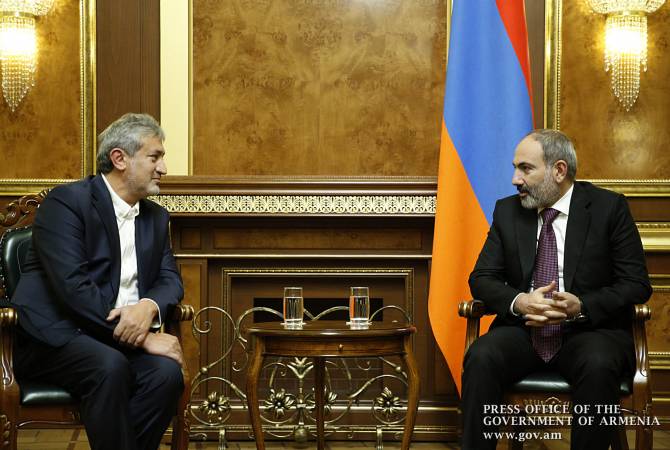 As ARMENPRESS was informed from the Office of the Prime Minister of Armenia, greeting the prominent astrophysicist, PM Pashinyan assessed his scientific activities as impressive and hoped that he will foster the development of science in Armenia by sharing his rich experience and by bringing to life joint projects together with the Government of Armenia.

Garik Israelian thanked the PM for the appreciation of his activities and expressed readiness to actively engage in joint initiatives aimed at popularization of science in Armenia.

The interlocutors exchanged views on the 6th STARMUS festival to be held in Armenia this year, the goal of which is making science attractive for the youth through music and art. Pashinyan noted that the Government is ready to support the organization of the festival.

The Starmus International Festival is an international gathering focused on celebrating astronomy, space exploration, music, art, and allied sciences such as biology and chemistry. It was founded by Garik Israelian, an astronomer at the Institute for Astrophysics in Tenerife, Canary Islands, Spain.