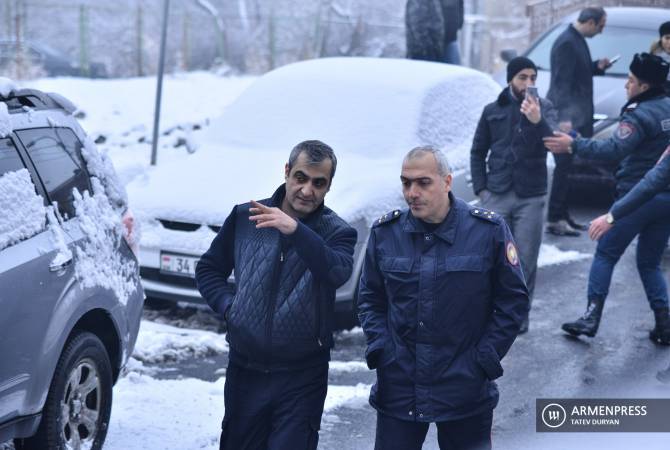 
YEREVAN, JANUARY 17, ARMENPRESS. At the moment authorities are treating the death of ex-NSS Director Georgy Kutoyan as a possible suicide, but investigators aren’t ruling out other possible versions, Investigations Committee General Department of Investigations of High Profile Cases Artur Melikyan told reporters outside Kutoyan’s home where the latter’s body was found.

He said investigators are currently filing a criminal case under paragraph 1, article 110 of the Criminal Code, but they will look into all possible version.

“It could’ve been murder, a murder framed as a suicide or something else. Complex analysis and a number of investigations actions will reveal what really happened,” Melikyan said, adding that detectives are confiscating CCTV surveillance footage of the building.

Melikyan said Kutoyan’s body had a gunshot wound to the temple. “The coroner will give a more detailed report on the number, origin and nature of bodily injuries”.

He said ballistics will determine whether or not all bullets in the house were fired from Kutoyan’s weapon.

The coroner will also deliver a toxicology report.