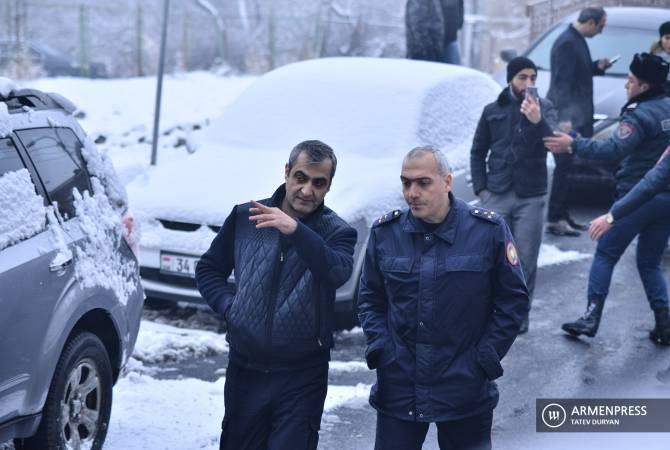 
YEREVAN, JANUARY 17, ARMENPRESS. The body of former NSS Director Georgy Kutoyan was found by his wife in their apartment, a top detective working at the scene told reporters.

Investigations Committee division for high-profile investigations chief Artur Melikyan told reporters that they can’t yet point out any version.

He said detectives and working at the scene to determine the circumstances. A firearm was found in the apartment, he said.

“When we arrived to the apartment his wife and father were there. We have been told by first responders that his wife discovered the body. Coroners are also participating in the crime scene investigation,” he said.

CCTV footage from the building’s entrances is being studied, he said.

Kutoyan’s body was found in his apartment on Paruyr Sevak Street.