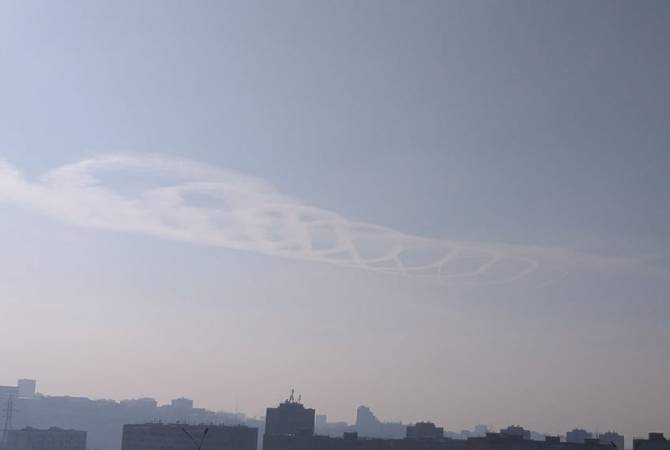 
YEREVAN, JANUARY 15, ARMENPRESS. Unusual but extremely beautiful clouds have appeared in the skies of Yerevan and the neighboring province of Ararat Wednesday afternoon, with some believing they might be contrails.

Chief meteorologist Gagik Surenyan posted a photo of the clouds on his Facebook page, and said: “An unusual cloud has appeared in the skies of Yerevan. None of us was able to figure out what this is”.

The news went viral on social media. Some believe the clouds are actually contrails. Others think it was intentionally “painted” by some pilot.