Ukrainian plane was on fire before the crash – Iran investigation says 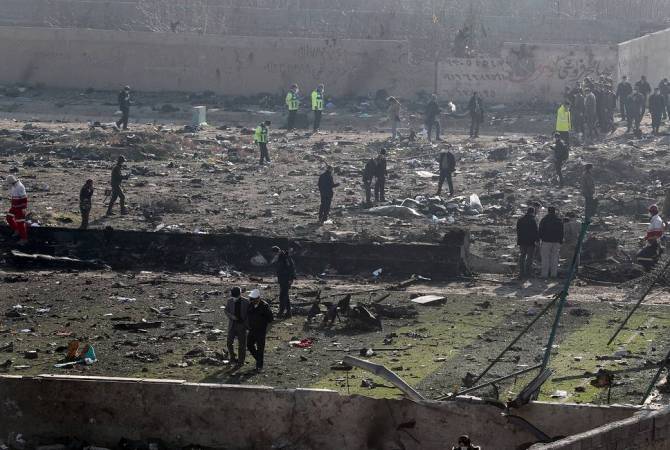 “The aircraft caught fire during the flight. Eye witnesses say they saw flames engulfing the plane”, the statement reads. According to the Iran Civil Aviation Organization, the aircraft exploded on impact with the ground.

A Ukraine International Airlines flight en route from Tehran to Kiev went down near the Iranian capital on Wednesday. According to Ukrainian Foreign Minister Vadim Pristaiko, the crash killed 176 people, including citizens of Iran, Canada, Ukraine, Sweden, Afghanistan, Germany and the United Kingdom.