IRNA: American warplanes “on fire” after Iranian attack on US base in Iraq | ARMENPRESS Armenian News Agency

IRNA: American warplanes “on fire” after Iranian attack on US base in Iraq 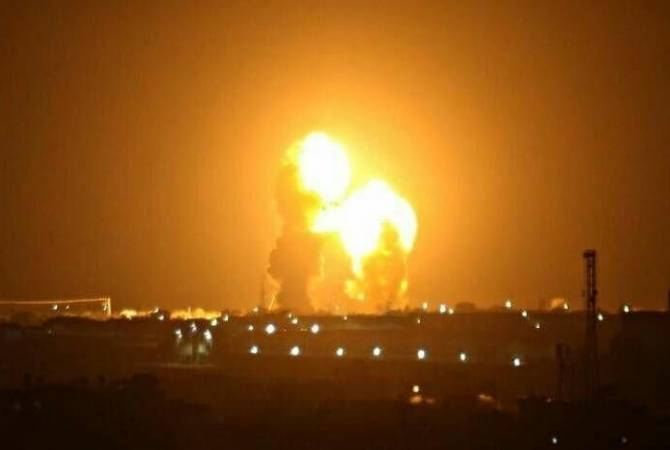 
YEREVAN, JANUARY 8, ARMENPRESS. According to unconfirmed reports several US warplanes have been destroyed and are ablaze after the Iranian military’s missile attack at the US Ain Assad military base in Iraq's Al Anbar province early Wednesday morning.

IRNA reported citing a source that “US planes got fired after the base was targeted by the IRGC ballistic missiles”.

Earlier US President Donald Trump had tweeted “all is well”, and said the United States is still assessing damages.

The IRGC fired “tens of surface-to-surface missiles” at the airbase, IRNA reported citing a statement.

The IRGC called on the US to recall their troops from the Middle Eastern region to “avoid any further damage”.

The US military, in turn, said that Iran fired more than a dozen ballistic missiles from its territory against at least two Iraqi facilities hosting U.S.-led coalition personnel at about 1:30 a.m. (2230 GMT on Tuesday).