Argentine ambassador to Armenia pleased with level of bilateral relations 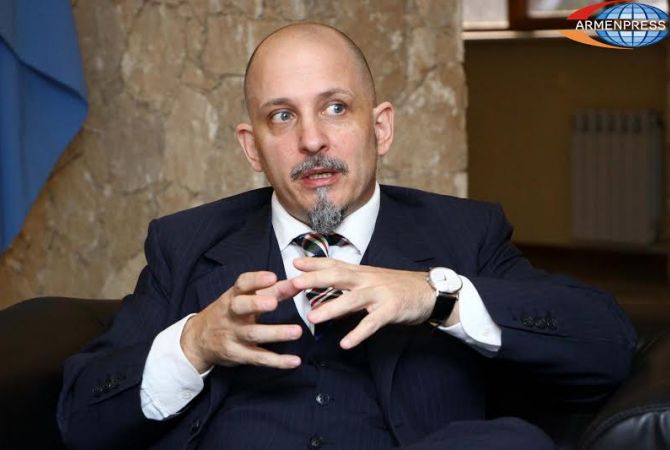 - Mr. Ambassador, how do you assess the Armenian-Argentine relations?

High level political dialogue is present between the two countries. The peoples of the countries have very good relations. Economic relations are on a very good level, taking into consideration the investment policy. But, nevertheless, as much as I am pleased, I think that there is constant work to do. We have achievements in the economic field, the commercial sphere has significantly developed, but there is still work to do.

-What is the cooperation like in the field of education? Is there great interest towards the language?

-I've noticed that interest towards Spanish is very big. Last year I attended an event at the Faculty of Romano-Germanic Languages of YSU, and I was amazed at the large number of people who spoke Spanish. Even a supermarket cashier spoke Spanish, which, of course, is surprising. As to whether there is interest in study in Argentina, I have to note that works should be done. Education in Argentina is completely free of charge; there is really a lot of work to do in order to keep growing the interest.

-What are the upcoming projects of the newly founded Center of Argentine Culture in Armenia?

-The center, so to speak, will be multifunctional, because it will present various cultural directions. We signed an agreement with the Argentine Film Institute, which will enable the center to screen the Argentine films. On the other hand, the center will be aimed at the organization of workshops, which will focus on both the Argentine history and the Armenian-Argentine relations. Meetings with Argentine-Armenians will take place through the Center and the Embassy. We are planning to donate computers to children of Tavush province in April, through the” Nur” program. Major events are planned at the Cultural Center. Poetry-related events and also tango classes will be organized.